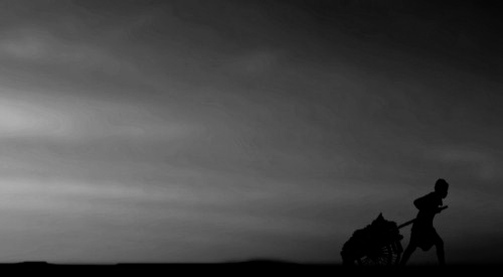 The United States of America is known as a land of opportunity - a nation of discoveries and revelations. Since the fifteenth century when the nation was discovered, people have immigrated to America in search for a better future. President Barack Obama stated in his 2012 State of the Union Address,  "We may have different backgrounds, but we believe in the same dream that says this is a country where anything is possible." Opportunities and possibilities seem endless to those in search of a more prosperous life. Yet, no one ever talks of the process of achievement. The American Dream - success, contentment, and freedom - seems ideal to most citizens, but it is not as easily attainable as the prospects present it to be. The American Experience is a constant struggle - whether it's a search for an individual identity, the chase for a dream, or being the better person that is able to stand up for his or her beliefs. Miley Cyrus writes in her song "The Climb," that life is "always gonna be an uphill battle...Ain't about how fast I get there/Ain't about what's waiting on the other side/It's the climb." The true American Experience is the fight to reach a goal, the resilient battle towards achievement.

Read lyrics here.
Langston Hughes expresses the idea of this battle in his poem "Mother to Son."

Well, son, I’ll tell you:
Life for me ain’t been no crystal stair.
It’s had tacks in it,
And splinters,
And boards torn up,
And places with no carpet on the floor--
Bare.
But all the time
I’se been a-climbin’ on,
And reachin’ landin’s,
And turnin’ corners,
And sometimes goin’ in the dark
Where there ain’t been no light.
So boy, don’t you turn back.
Don’t you set down on the steps
’Cause you finds it’s kinder hard.
Don’t you fall now--
For I’se still goin’, honey,
I’se still climbin’,
And life for me ain’t been no crystal stair.

His metaphor of a damaged staircase represents the true battle of the American Experience.
Explore the three major branches in which this battle takes place:
Hip - The "hipness" of nonconformity, the fight to be an individual within a society
Chasing an Ideal - The longing for a dream and the strive for it regardless of obstacles
The Tragic Impulse - Fighting to be the "tragically flawed" American character, the one who stands up for what he or she believes by making great sacrifices